William Raveis Real Estate recently announced the launch of the William Raveis Sports and Entertainment Division. Headed by former Red Sox relief pitcher, Chris Resop, who became a real estate agent after his Major League Baseball career, this new division provides premier concierge relocation and lifestyle services for athletes and entertainers, worldwide. Wanting to further William Raveis' ongoing commitment to supporting communities through charitable giving, a donation will also be made to a charity of the athlete or entertainer's choice for every home purchased -- William Raveis calls it Make the Right Move. 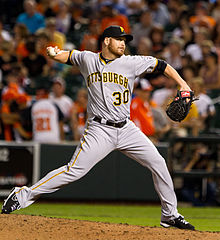 Chris Resop is an accomplished Realtor with over a decade of experience selling luxury homes and securing rentals for former league teammates and other athletes. William Raveis also has a long history of working with top athletes, celebrities, statesmen, and most recently assisted Chris Sale with his move to the Boston area.

"Chris Resop and his agent network were absolute professionals and found my family exactly what we were looking for. His team was highly knowledgeable, professional, and easy to work with." -- Chris Sale of the Boston Red Sox

"During my 14 years as a professional ball player, I pitched for six major league teams and moved more than 30 times, so I know that while a team trade can be thrilling, the sudden-up-rooting that often accompanies it puts an athlete and his family under a tremendous strain. Finding a new home for elite professional players, entertainers and their families requires discretion and sensitivity, along with a keen and instantaneous knowledge of the luxury real estate market and local communities, which is what our William Raveis' Sports & Entertainment division is all about."

Handpicked by Resop, the real estate agents are certified, including the signing of a non-disclosure agreement to protect the privacy of their clientele. Because of the urgency associated with a sudden move, Resop is known for responding rapidly to his clients' calls. The Sports & Entertainment division will also leverage Raveis' well-established white glove relocation and home goods services which include carrier line selection, packing, and unpacking services, shipment, tracking, transporting of vehicles and other valuables.

This next step looks like a great addition to all the wonderful services William Raveis already has to offer!